Most of my extended family took a trip across town to the Wonders of Wildlife museum in Springfield.  It'll be difficult to fully describe it in a blog post, but i can share a few slivers of how incredible it is.  A room exists where the walls are covered with big game.  this picture doesn't even show part of one wall, but at least it's a good one of Kendra and I. 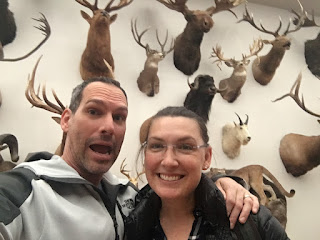 There is a whole separate section of the aquarium containing an unbelievable number of live creatures that live in the water.  The rooms are massive and scale of animals on display dwarfs every other aquarium i've ever seen.  The twins are typical kids who run from one exhibit to the next.   We did our best to walk at a measured pace for us to enjoy the experience. 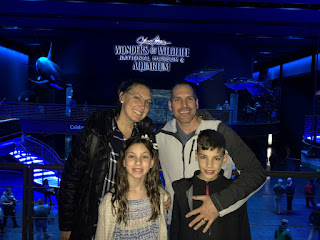 One of the aquariums has a bubble in the middle where Easton and Layla stood in the little area surrounded on all sides by sea life.  it's as close to snorkeling as they have seen so far. 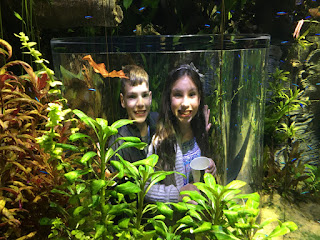 I'm including this other picture as well because the twins are at that in between age and size.  They are too short to stand next to us, but too big to pick up and hold.  so we're stuck with these pics for a while where we squat down next to them so we can get our faces together. 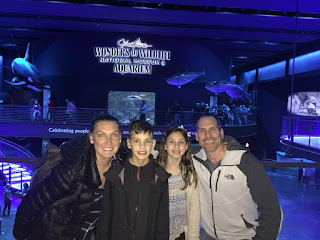 My brother's kids didn't come, but Joanie's did so it made for some excellent cousin memories.  When I was a kid we played tag in my grandma's front yard and watched the uncles play dominoes.  These experiences are so much greater and memorable than during my childhood. 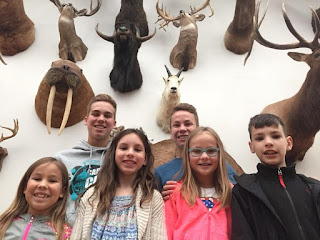 Back at my parents house I took the twins for our daily walk in the woods with Max.  I convinced them to pose for a picture on the hillside where the large, barren trees dot the landscape. 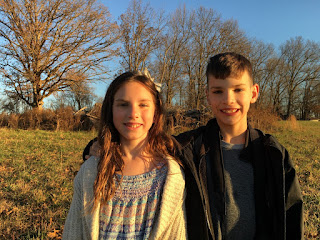 A miniature red barn sits empty in the field.  I have no idea why it is there, but it made for some interesting fun as I put Easton and Layla on top of it. 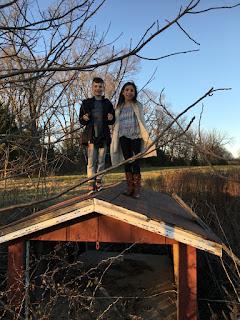 We watched Max play in the big field with his full smile and extra sharp senses.  He sniffed so many new things during our week that he was on overdrive. 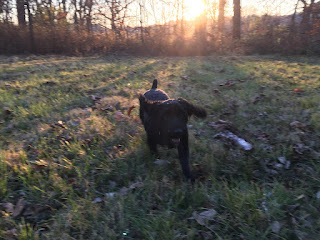 We spent an evening at my  brother's house where we had a full family meal and hang out time.  Easton played one on one with his cousin Beckham for the first time.  playing superheroes with nerf guns is second nature for both of them. 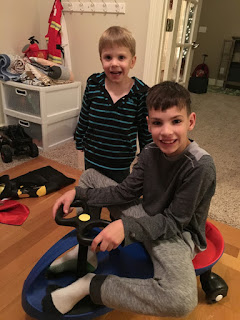 This picture came out at a different time/day, but somehow ended up in this group.  Layla loved every minute playing with her cousins.  They were cheer leading, singing songs, and playing princess dress up.  Her experience of being one of the girls made the whole week special. 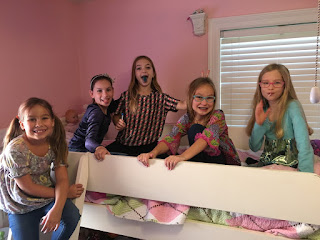 See you soon!  one more thanksgiving post and then we'll be ready for the Christmas season of adventures.