Kendra is in Sacramento and we've been surviving.  The house didn't burn down although it looks more like a hurricane survival than the "after" picture of a home makeover even with David around helping in so many ways.  The twins and I miss Kendra terribly and can't wait to see her tomorrow!  One of the nights we made pizza.  Not from scratch, of course, but still a fun exercise in building our own creations.  They turned out well because I used regular flour this time instead of coconut flour like last time (i don't recommend coconut flour). This was the only view I had for the past 5 days of my woman.  I'm thankful for facetime.  It's not even close to holding her in my arms, but it's better than just hearing her voice.  and because I took some screen shot pictures I was able to relive the view during my work day.  Her hair is growing back in nicely, but recently passed the peach-fuzz phase.  It's still fun to pet her head, but doesn't have the same soft feel of the newly grown hairs. 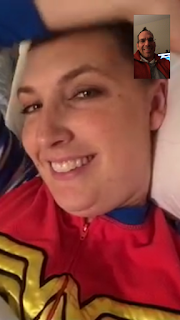 On Sunday we went to church at Cornerstone.  I wanted the twins to see what a huge kids program looks like.  They had a class full of 2nd graders instead of a small class of all ages from 5-12.  They had several full-costume Star Wars characters including Darth Vader handing out candy.  When they did the Christmas reenactment play, the three wise men included Yoda and Obiwan.  Needless to say, the twins have a new "favorite church". 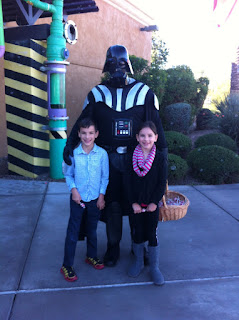 It's been chillier than normal lately here in the desert, but we've had some good days of t-shirt weather to go bike riding.  I shoot for one hour per day of physical play, but that's not always realistic.  They are getting great at riding their bikes, but still fall occasionally.  it's a learning experience that highlights my parenting philosophy:  fail young and simply or fail old and massively.  I don't want to keep them from ever scraping their knees.  That's not my role.  I want them to try and fail and learn.  That's much cheaper to buy a new pair of leggings or jeans and a band-aid than the cost associated with failing once they get out in the real world when I'm not there to keep them from falling in adult situations.  I have a keen awareness that I won't be with them every moment of their lives outside of school.  I'm already focused on what life will be like in a few years when they are more independent on their bikes and can ride to friend's houses.  They push the button to cross the street.  they look both ways before crossing.  they lead us across the street.  Everything they can do for themselves, I don't. 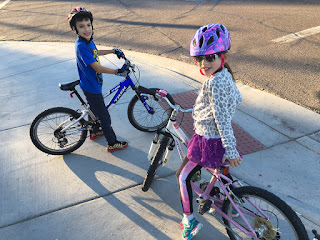 There are exceptions though...  When Layla asks me politely to get her a drink of water I gladly agree and serve her.  When Easton asks for my help to build his Legos with him I gladly agree because I know he just wants me to be involved and interested in him.  He built his 1,156 piece set in a day and a half.  with school and sleep and every obstacle I could throw at him including extra math homework.  This kid devoured homework at a crazy pace knowing the reward is getting to build more and then play with the dinosaur scene. 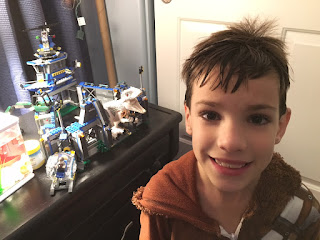 He takes the indominus rex everywhere we go now, even to school.  Layla's new hat collection is courtesy of aunt Stephanie.  every time i turn around Layla has a new hat.  this is the perfect time of year to sparkle and stay warm though. 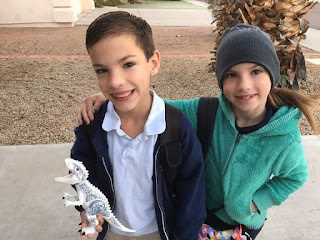 We had our last meal with David as a Christmas dinner, kind of...  sushi after Layla's figure skating lessons.  She was decked out and warm on the ice. 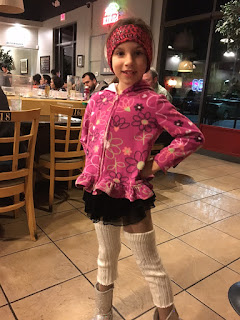 We are ready to get on the road and have a California Christmas.  I woke up this morning to find Layla cuddling up with Easton as he played the PS3 Lego game.  Sleeping in a few extra minutes was good for my travel-readiness and now I'm excited to see my Kendra and Ouma and Oupa.  Time to hit the road! 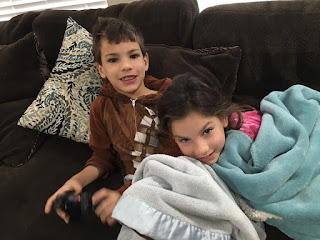