I'm almost caught up almost with posts, but after two weeks on the new job I'm already reminiscing about the month-long paid sabbatical from work.  Even though the move was crazy busy before and after our arrival in Seattle, we had lots of family time together.

Exploration is a part of everyday life.  I think, "hey i can take the kids to the park!"  Then I remember I have no idea where any parks are or what they are like.  so we get in the car, do some phone searching and give it a try.  I found this place that has a saucer shaped plate suspended by four ropes.  The twins swung on this for several minutes. 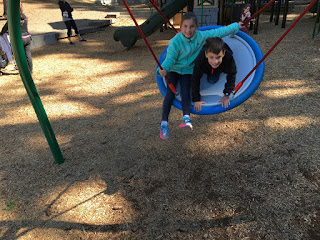 The close up shot shows their expression much more clearly. happy! 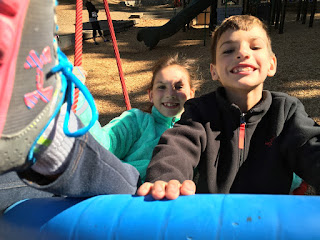 This is one of my favorite moments.  It's completely boring and amazing at the same time.  It's boring because nothing special is happening.  Just two kids running with a dog while their mom watches. the amazing part is that if you had told me a year ago I would be hiking with Kendra I would have had a tough time believing that were possible since she was still in a back brace.  If you had told me we would be doing that in Seattle I would have laughed.  Yet, here is my family wondering around a park on a perfect, sunny day in Seattle.  Amazing. 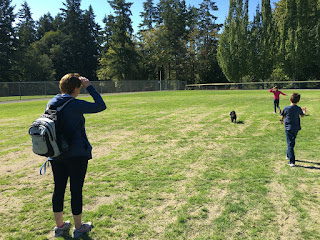 Easton and Layla are becoming more expressive all the time and I like how silly they can be.  Easton is getting more animated with his funny noises and made up songs.  Layla is able to express a wide range of emotion, sometime acting and sometimes just because she's a girl and has the need to do that. 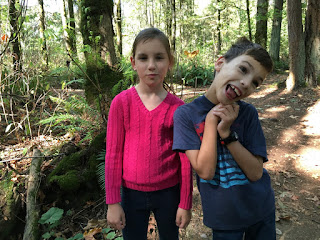 The twins and I took an extra long trail by ourselves while Kendra went back to the playground.  This is a fun moment for me because the sun is shing and the forest of trees is our background.  I know these days won't last in the gloomy state of Washington, but we wrung out every last drop of family fun during my time off work. 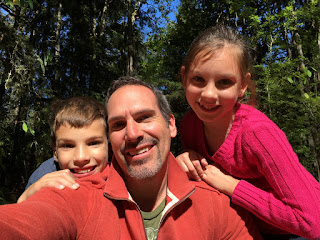 Layla had her daddy date as I described in the previous blog post.  Easton waited not-so-patiently for his.  When I asked what he wanted to do, his answer was swift and consistent.  He asked to go through the Boeing factory tour again.  We did roughly the same trip we did during our visit in July, but this time he talked me into buying him a lego knock-off version of the 787 dreamliner.  There are 4 or 5 massive planes that carry the pieces of the 787 to the factory from around the world.  Three of those monsters called "dreamlifters" were resting on the tarmac as seen behind Easton in this picture. 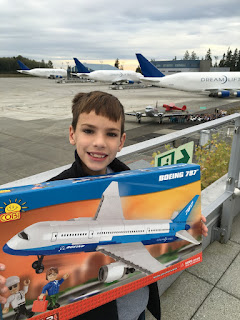 The runway behind us in this next picture was busy on the day we visited.  We sat on the grass and watched planes take off and land for a long time.  He said it was the best daddy date ever, but he says that almost every time we go out.  I'll take it as a compliment anyway. 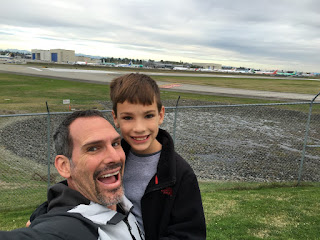 We had just arrived in town and Layla was already being invited to a birthday party.  She went to a kid's painting store in a local mall for the occasion.  She painted this gem of a drawing 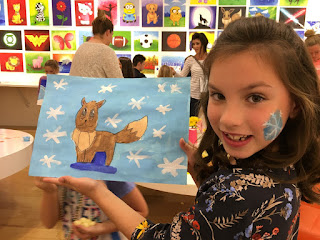 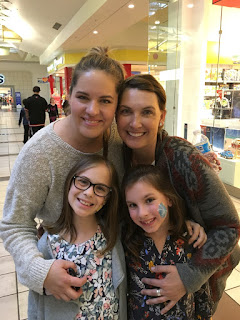 I searched on Google maps for the closest church to us.  turns out it is Doxa church in Bellevue.  The church formula is as monotonous as every other church in America, but they believe the way we do and have a good group of people gathering each week.  That's enough for us to engage temporarily while we enjoy corporate housing. 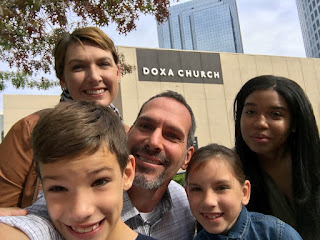 Layla is seeing trees with color for the first time in her life.  We've traveled around the country during the fall season before, but now she is experiencing the change right before her eyes.  day by day the colors of the trees get brighter and more extreme.  the leaves fall in piles and the brisk air is noticeably different than the trip we took in the summer time.  She said, "look!  the tree is the same color as my shirt!" 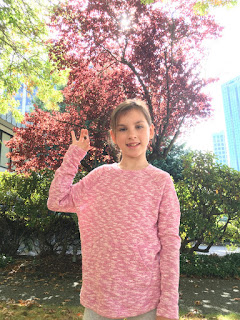 Every single thing is different in our lives as compared to a month ago, but that makes the foundation stand out even that much more.  Who we are, how we love, what we value, and what we believe are all marked with a highlighter pen because it's the only thing we have to hang onto during this roller coaster of change.

It's been a great ride so far and I'm glad we chose to move to Seattle.  I am more and more convinced  this was the right move.