The 4 Webbs reside in Seattle now.  I'm just way behind on posting because we moved our whole lives in the past month.  I have aspirations of blogging again soon, but with work starting in one week I will be buried in corporate life from now til Christmas.  I've been working on this post for weeks just a little at a time.  I take lots of pictures every day, but my evenings are filled with so many other

Layla will miss ice skating at the Ice Den with her friends and instructors.  They made such an impact on her and helped her improve 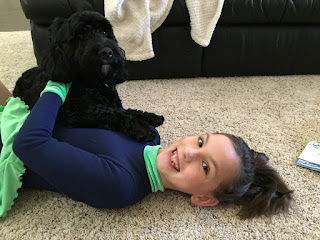 Alaysha was into figure skating when she was younger and achieved a higher level than Layla is right now.  She was kind enough to take Layla on the ice for some girl time and learning.  I told them to give me a "diva look" and this is the result. I think they nailed it. 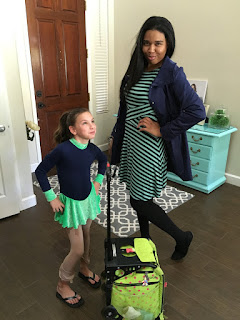 Not to be outdone, I jumped in with Layla to take a picture of us being weird.  She is more than willing to be cheesy and strange for a good laugh.  I don't even know what look we were going for, but of the few pictures I'm in, almost all of them are with a boring smile.  so here's this one for the books. 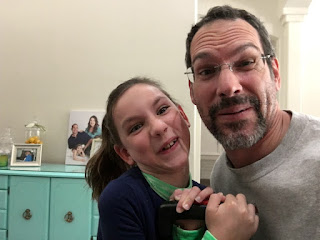 Fortune cookies are not something we promote or believe in around the Webb house.  My life is not dictated or guided by a cookie.  Even so, Layla pulled this one out and it was amazingly accurate considering we are moving to Seattle!  It says, "A fun short trip is in your near future.  Make the most of it."  Our one-way plane ride to Seattle was 3 short hours and we made the most of it. 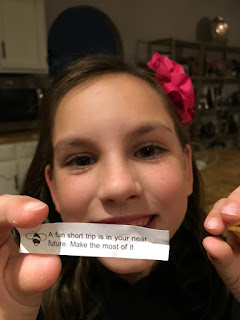 Of all the things we had to wrap up in Phoenix, medical and dental was one of the not-so-fun stuff.  I had to get filling replaced because some decay started underneath it.  I asked the dentist if he would do a better job this time so I don't have this problem again in the future.  I was serious, but he thought I was joking.  So I laughed along with him. 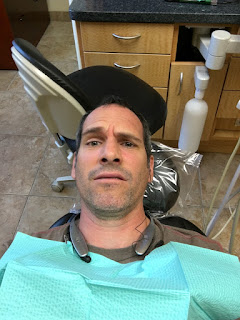 Ouma and Oupa visited for a few days (way too few) and their presence made the transition and emotional trauma much more tolerable.  Ouma stayed a few days after Oupa went back to work.  Easton is an "ouma's boy" to the max.  Any time she is stationary and he's around, he'll be found cuddled up next to her 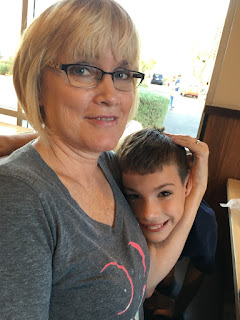 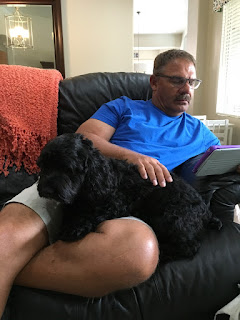 This is Casey Cuppy nailing the for sale sign into our front yard.  It was a milestone for me because it was one of the "this is getting real" moments.   As a friend of Stephanie's he came highly recommended and I was glad to find a real estate agent who can move a the speed of the 4 Webbs.  Five days on the market led to three offers in one day and a bidding war of sorts.  Exactly as Oupa prayed and predicted! 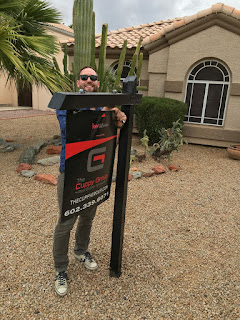 Aunt Joanie sent us the perfect Seattle gift: 4 umbrellas for 4 Webbs.  Layla's arrived first and she was thrilled to find a pink see-through version. 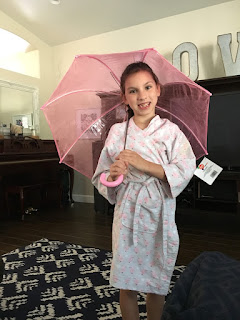 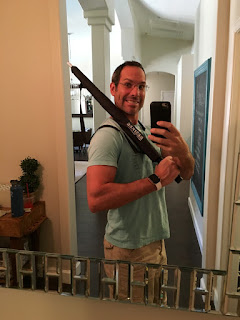 Layla and Easton both are doing very well with the separation process and embracing the new.  Layla was invited to a classmate's princess birthday party.  Even though everyone knew we were leaving in a week, she still chose to hang out with her friends and have a ball.  It was a Disney Frozen themed party so of course, she went as Anna. 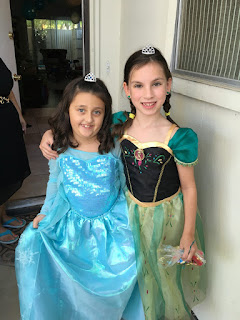 And we also continued to cherish the last bits of spending time with our friends, like Stephanie.  As our kitchen was packed and meals at home became difficult, she was gracious enough to let us into her house and share meals together. 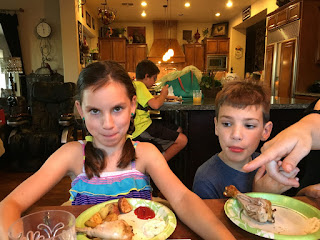 The local trampoline jump center was revamped to include a course like the American Ninja TV show.  Easton and Layla ran up the curved wall and grabbed the lower (kid friendly) railing.  They pulled themselves up on top and cheered for each other as if they won the competition in front of a live studio audience. 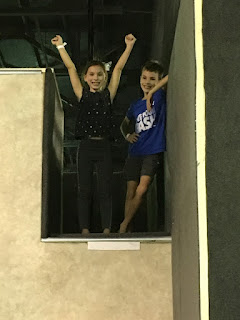 The occasion for going to the jump place was to spend one final afternoon with Zander and Joya.  Their parents were friends of our once upon a time before we left church.  They grew up together in the church since they were three.  Part of the collateral damage for our abrupt departure from church was their friendship.  They still hung out, but not nearly as often.  I'm grateful for their memories and experiences with church kids.  Definitely makes a difference. 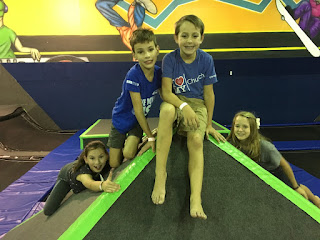 I took one final picture outside and although they said goodbye and "I'll see you soon!" I mumbled under my breath (probably not).  Kids are resilient and making new friends will be easy for them in Seattle.  Even so, there's something special about being around people who have known you for years. 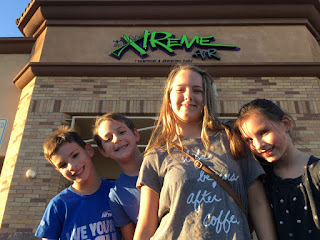 I have dozens of pictures from our last few weeks in Phoenix, but not many of them will make it to the blog.  We are a week into our Seattle experience and I could write a post every single day for the next month and never cover all of the adventures...  I almost don't know where to start, but luckily I will have time to start because we no other responsibilities in our new environment other than caring for each other and finding our new groove.