We welcomed in 2016 like party animals.  What I mean by that is, we stayed home, had a family dinner, normal bed time routine, and the two of us were fast asleep by 10:30.  At least, until the neighborhood fireworks went off at midnight.  There were no party hats, no celebratory gun fire, nor any recognition of 2015 coming to a close.  It wasn't intentional or a method of denial.  I'm a little surprised actually.

There are no two people I know of who are happier for 2015 to be over.  With all of the crazy journey with Kendra's fractured vertebrae, cancer, chemotherapy, and radiation that was one heck of a year to go through together as a family.  We also left our church of eight years including resignation from my role as executive pastor and walking away from the ministry Kendra and I built for the past two years.  Even with all of those challenges and changes we had some of the best moments of our lives and our marriage and our family.  We won't know if 2015 was the best of times or the worst of times until maybe a few years from now.

Before leaving Sacramento we took the opportunity to go play in the snow.  After fixing my the oil leak in the van we headed up to Boreal to ride their tubes down the slopes.  The interesting thing about Boreal is that Kendra and I went there for a day of snowboarding in 2002 before we were even married.  14 years ago this was us taking a selfie before the word "selfie" existed: 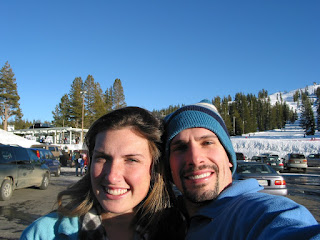 and last week we took a selfie to commemorate the moment.  I don't think our looks have changed much at all, but I'd be lying if I said I still feel 26 years old. 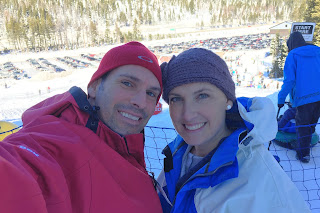 14 years later we had a very different experience because having kids in the snow leads to different activities.  Instead of snowboarding we made a snowman face because the snow was so dry that it wouldn't even pack into snowballs. 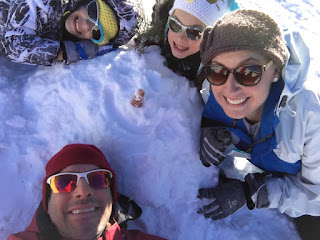 However, it was very delicious to eat!  When we asked the twins what they were looking forward to the most they said, "eating snow!" We found some fresh powder off to the side of the runs and dug in. 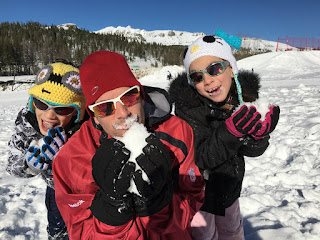 The tubing ride was average at best, but worth the trip for the memories.  It took us about 35 minutes of waiting in line for each run because they were understaffed and over populated.  We were bundled up well and had a great time, but Easton made a declaration of his undying love for the Arizona sun and warmth.  Even through the multiple layers of water proof stuff, it was so cold for Easton that his soul got frost bite. 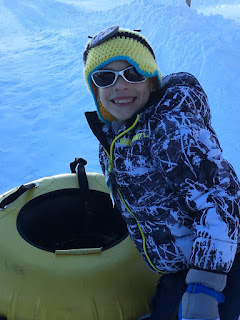 The twins were very patient with the mob of people who showed up at the slopes.  The sun was out.  the wind was still.  The temperatures were cold enough to keep the snow from turning to ice, but not so cold that we couldn't stand to be out there.  Layla felt right at home in the cold.  I wonder if her weekly ice skating lessons had anything to do with her comfort level of cold? 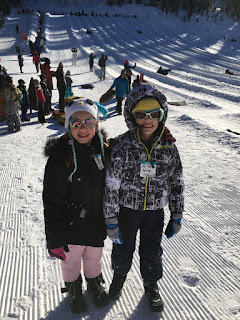 After the day in the snow we drove home to Sacramento through the overcrowded highways of Los Angeles.  We all agreed this was one of the best Christmas vacations ever, but we were equally happy to be home in our own beds.  This is by far the craziest year of my life and it's too difficult to even put into words the joy and sadness and pressures and rest and revelations and grief.  There have been many nights that I just sit with my hands on the keyboard without a single thing to write.  Not because nothing happened that day, but because so much happened it's hard to get it out of my heart and into words.

All bets are off in 2016.  We have taken every preconceived idea of what we want and expect and throw them in the trash.  It's a new year and we have very few plans.  We've seen first hand what happens to plans when storms of life take over.  We've learned to stop trying to tame the wind and instead we adjust our sail.  That sounds really noble until you're in the boat.  Then, making that choice over and over each day becomes the focus; the new normal or the new instinct that pushes us further towards our destiny.  I know things are going to change in 2016.  some things will be scary and some will be exhilarating.  Whatever comes, I'm confident in this one thing:  God is for us and it doesn't matter who is against us.